Thank you for visiting our website. We look forward to you joining the campaign!

Welcome to the Campaign website of Judge Terri Jamison, Candidate for Franklin County 10th District Court of Appeals in 2020.  Currently, she is one of six judges in the Domestic Relations Division - Juvenile Court.  You trusted her with your vote in 2012 when she was successful in her first election ousting an incumbent for her first six-year term. In 2018, you showed your confidence in the work she's done and you re-elected to a second full term.  Now, it's time to support her for Court of Appeals.  Judge Jamison will bring experience, fairness, and empathy, treating every case with the review it deserves. 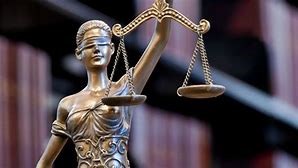 Voters often ask what my judicial philosophy is. When I think of this question, I think of Congresswoman Shirley Chisolm and her quote "Unbossed and Unbought". It is my philosophy that a judge should not be swayed by public opinion nor swayed by campaign contributions. When I make decisions, first, I look to the legislative intent when the legislation was introduced. In this world we have to consider that legislation oftentimes has unintended consequences and impacts our constituency far differently than the intent. However, the judicial branch is to interpret the legislation, not write legislation.  And deciding conflicts between courts is the job of a superior court. Judicial decisions must be fair, well-reasoned and written in language that the ordinary reader can understand. We do not write opinions for lawyers but, opinions are written for the parties they represent.

She Should Run Segment

On July 24, 2020, Judge Jamison joined She Should Run a non-partisan, non-profit organization in Washington, D.C. to be interviewed by local business owner Jeni Britton Bauer, founder of Jeni's Splendid Ice Cream,  and  her fellow elected official Columbus City Auditor Megan Kilgore. The interview was to speak frankly about the purpose that pulled them out of their jobs or careers into a life of public service. They speak boldly about campaign challenges, obstacles and how to overcome obstacles, and the reward of being public servants here in Columbus and Franklin County.

Judge Jamison was one of several community leaders that were selected to join the Franklin University Advisory Board for the Global Center for Healthcare Education. She joins the likes of Charleta Tavares, former Senator and Chief Executive Officer of Primary One Healthcare. Chosen by Dr. Chenelle Jones, Program Chair of the Public Safety programs within the College of Health and Public Administration.  Judge Jamison and Dr. Jones have participated in many community panels throughout Ohio. They were panelists for Dr. Kimberly Crenshaw at Walsh University on the disparate treatment of women of color in the criminal justice system. Judge Jamison is a Franklin University alum with a Bachelor of Science degree in Business Administration, minoring in Human Resources Management.

Jamison Participates in Ready to Run

Judge Jamison was one of four female elected officials who participated at the John Glenn College of Public Affairs | Ready to Run Campaign Training. The panelists discussed the positives and the pitfalls of being women running for office.

Judge Terri Jamison was the Juvenile Court Judge featured in the documentary PUSHOUT: The Criminalization of Black Girls in Schools which premiered at Gateway. To introduce the film, Judge Jamison relayed her own experiences during desegregation in elementary school in Welch, WV.

Judge Jamison collaborates with CSEA in COMPASS Program. Unemployed Men and Women have the opportunity to link with community resources for job training, education, industry certifications and ultimately sustained employment. The Program was implemented in 2014 and continues on the fourth Thursday afternoon of each month.